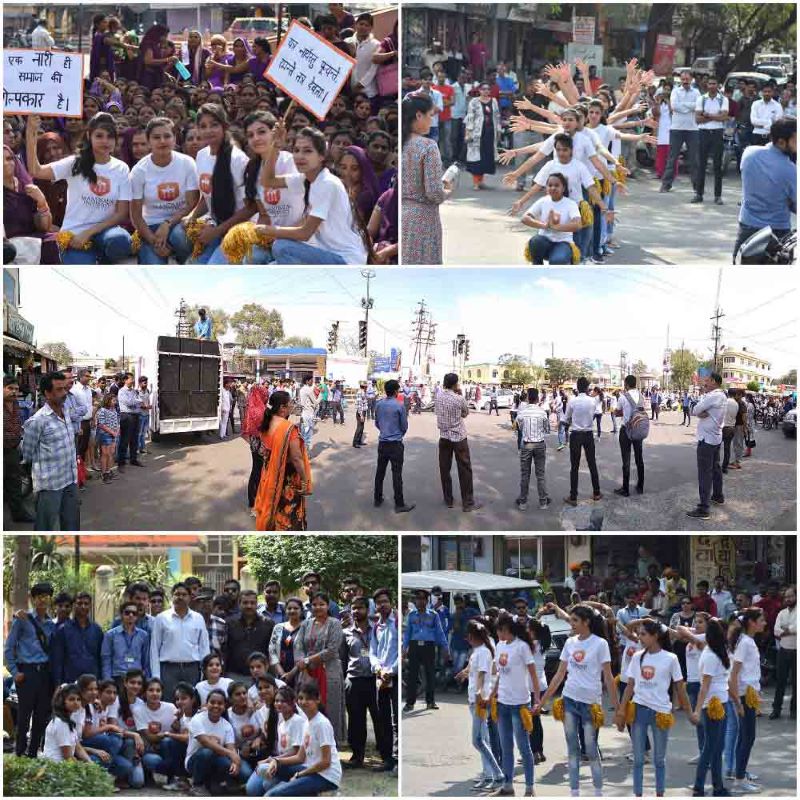 Mandsaur University organized “Flash Mob” on “International Women’s Day – 2018” at 06 various locations of Mandsaur (Harsh-Vilas, Ghanta-Ghar, Bus-Stand, Gandhi – Chauraha and BPL-Chauraha). The motive of doing flash mob is to implement a revolution in the mass (womens) that “Respect Yourself, Women Empowerment, Women Rights”. Flash mob introduced first time in the town and also we had a great responce from all the area where we do it. Around 15 students gave dance performance on some soothing songs and also give message by sharing their thoughts.