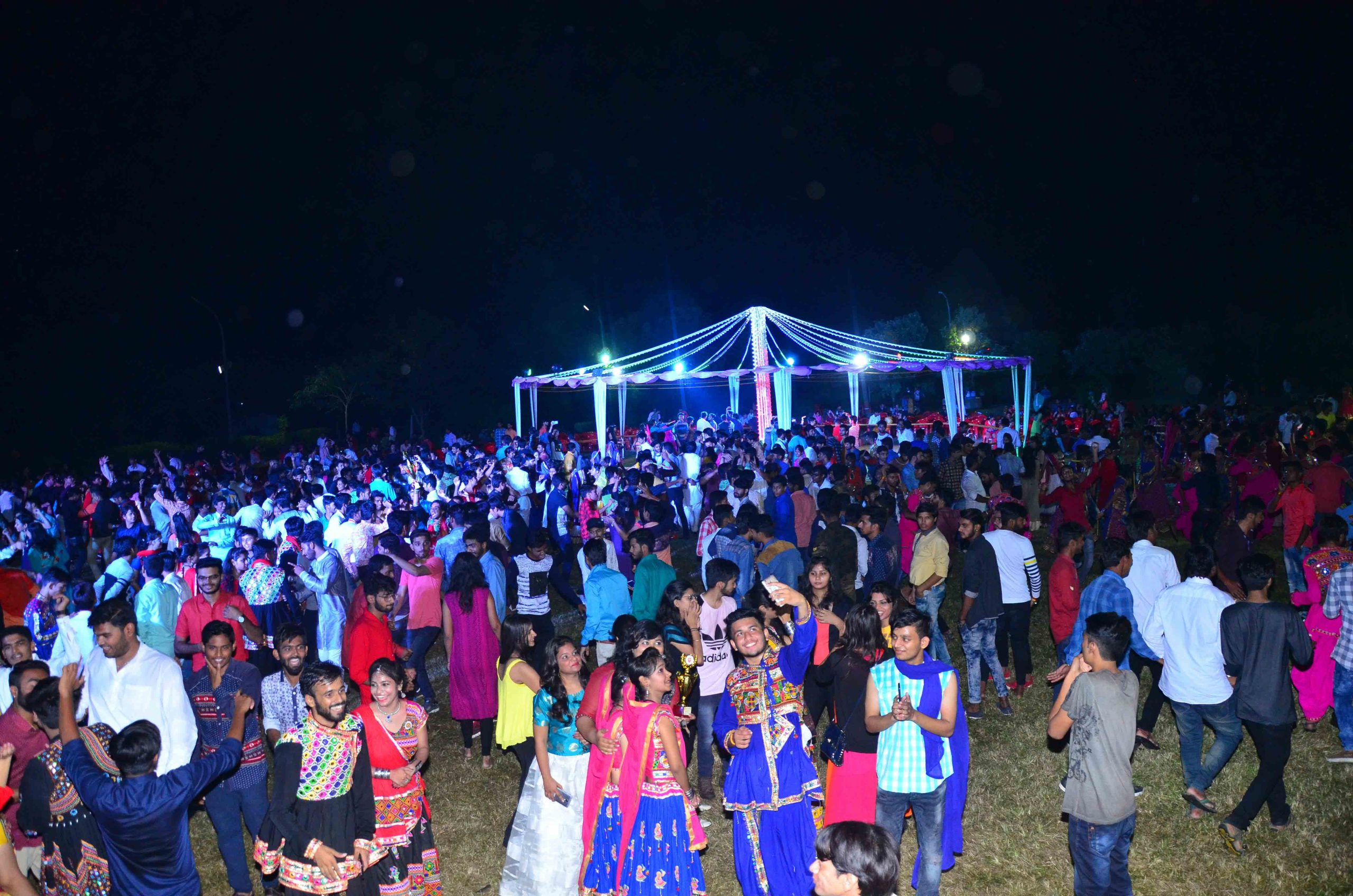 The festival of Navratri comes with a promise of nine days filled with fun, frolic, dance, and festivities all around. It is one of the most vivacious festivals celebrated in the country.Navratri not only symbolizes the victory of good over evil (Goddess Durga’s victory over Mahishasur) but also celebrates the spirit of Indian culture in its togetherness. Devotees, not only celebrate the festival by offering prayers to the Goddess but also wear traditional and colorful dresses, sing the folk song and indulge in other fun activities like- playing Garba and Dandiya. Mandsaur University Celebrated this Navratri as “MAHARAAS 2017” on the Saturday 23’September  2017 at Mandsaur University campus.This “Maharaas” event has become history as around 1000 people played garba together, the most viewable thing was, the discipline and the synchronization of groups performing, was highly appreciable.Parents, students, and faculties played Garba together which strengthens the feeling of togetherness.

Best Out of Waste