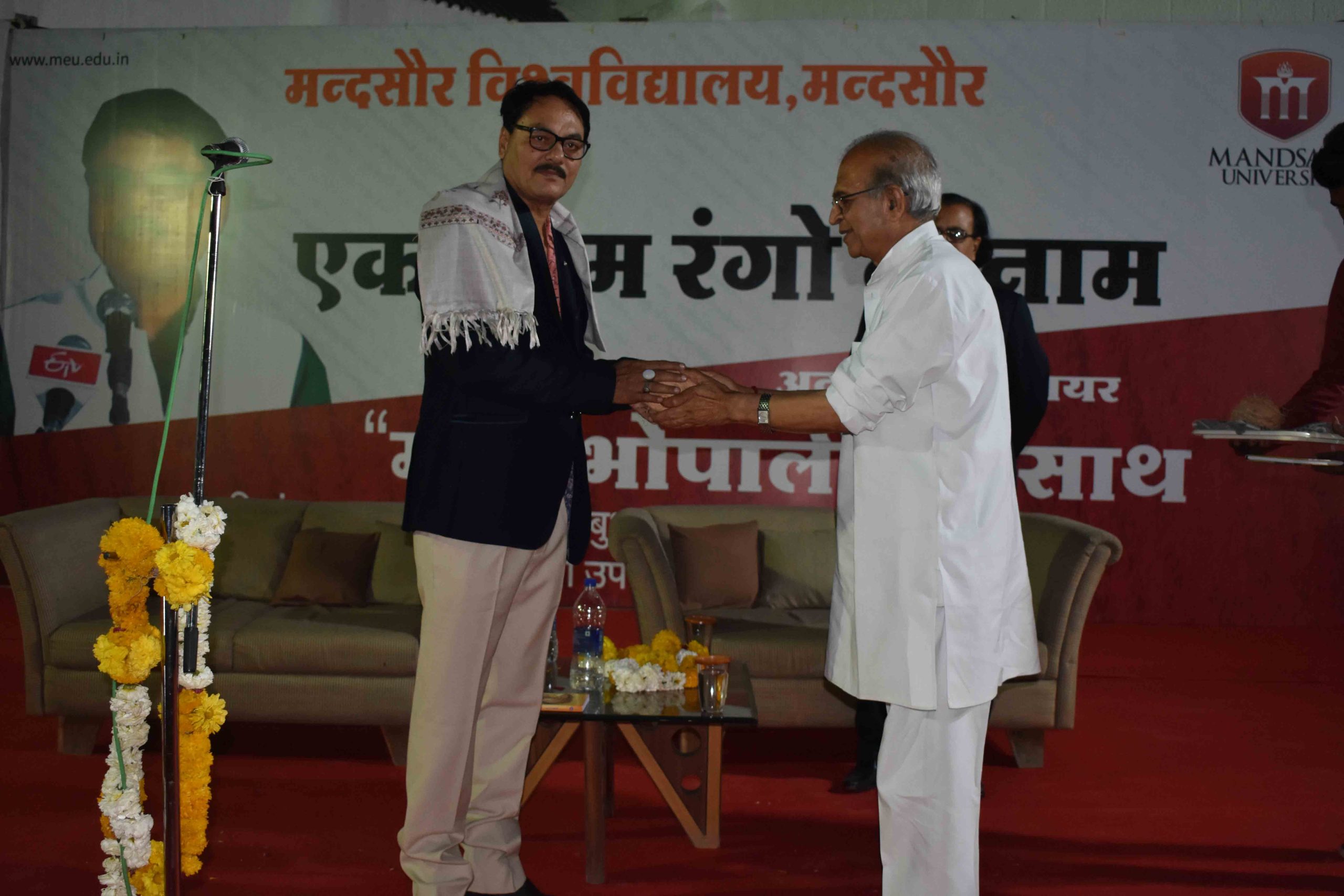 Mandsaur University has organized an event “Ek Shaam Rango ke Naam” with an international poet Manzar Bhopali on 28 February 2018. Syed Ali Raza (Manzar Bhopali) is a modern urdu poet. During his teenage years, Mr. Manzar started taking interest in poetry and attended his first Mushaira at the age of 17. Over the course of 3 decades, he has penned more than a dozen books in Hindi and Urdu. In a career spanning three decades, Mr. Manzar has recited his poems in thousands of Mushairas in 5 continent and more than 30 countries. He has published several books, in Urdu, Hindi, and English. Mr. Manzar has been honored with several awards, both in India and abroad. He was given the honorary citizenship of Louisville, Kentucky and was felicitated with the key to the city.

Program was conducted at campus II at Mandsaur University and hosted by Mr. Anjum Barabanki a famous and renowned poet from Bhopal. Both the poets have presented have poems, gazals and shers an in enchanting way.

Both the poets have been honoured  with a token of appreciation by the Chancellor of University, Shri Narendra Nahata.